Kelvin Sogoromo is from East Sepik Province. He completed Bachelor of Communication Arts (Journalism) studies at the Divine Word University, Madang, in 2019.

He is a keen writer and story teller. He can be reached via LinkedIn.

PNG Insight is delighted to have published the story of his First Encounter as a first year student at DWU. 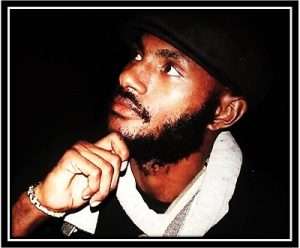 Kelvin’s story resonates with many students who are selected to tertiary institutions and national high schools in the country. Leaving their home and family and moving to a new place to get an education.

The writer left home for the first time to attend Divine Word University. He was sick with Malaria in the first 24 hours of arrival at DWU. Faced with a near-death experience all alone in his room, his uni seniors found him. They quickly realised the threatening situation Kelvin was in and took him to hospital for treatment.

A heart-warming story. The writer takes you through the challenges of moving to a new place.

The storm outside this Air New Guinea Fokker 100 flight created the impression of a rough sea scenario in a movie. Waves pounding on the sidewalls of the ship. Passengers knitted together on one side. Crews standing upright facing the unforgiving storm, shivering with determination in their eyes as the ship cleaves through the stormy waters.

I glanced swiftly around trying to recollect my memories. I remember my mum saying,

“You have to look after yourself and don’t you get sick.”

I can hear her voice cross-checking the stuff in my handbag and other luggage.

I remember Zimba my best friend delivering one of his many drunken farewell speeches. He sips on his ‘sore cup’ and smiled with tears in his eyes.

The storm outside was slowing down. I wiped off the mist on the window glass to look outside as the pilot announced for the cabin crew to prepare for landing. My sight caught the atolls offshore the airport we’re landing on.

“So, this must be Madang?” I thought to myself.

I stretched to sit up straight then answered myself “Yes! It is Madang, where else could it be, you stupid.”

I laughed silently in my mind and smiled at the Chinese fellow next to me. He beamed at me and said in his Asian accent of broken ‘Tok Pisin’ and English, “You go off Madang ah?” and I nodded in agreement and he continued “Madang good nice ples.” He was going to ask me another question, but I couldn’t help myself gazing out the window, so he continued with whatever he was doing.

Reality kicks in. I could still smell and taste the alcohol in my breath. I can’t vomit here! Not now! I held my breath for a while to help ceased throwing up. I was drinking with my friends around Wewak ever since I got my offer to attend Divine Word University that year.

The plane finally landed. The few minutes before the landing seem like an hour or so. My mind was all over the place. Perhaps I should’ve stayed a while in Wewak? Perhaps I might be too early and where would I stay if that’s the case?

I was overthinking stuff to myself to the point where I literally whispered to myself “Snap out of this! You’re a grown man now.” You are the man. I keep repeating to myself as I disembarked the plane into the terminal.

Fast forward 24 hours later, I was laying awkwardly on the floor of the room allocated to me for the year. Sweat dripping from my forehead. I can feel my bones shaking and my teeth shrinking back forth into my gum. Saliva accumulates frequently in my mouth as my stomach develops upsetting sensations.

Malaria has finally got to me after all the sleepless nights of drinking and partying in the cold. Not to forget I was serving myself to the deadly mosquitoes in Wewak for the past few weeks. Consequently, I saw it coming but I didn’t think it would have conquered me that soon.

Now I’m here. Sick and vulnerable in a place I barely know my way around or anyone that could be at my aid, especially when I couldn’t carry myself up to stand or walk.

My thoughts drifted to Wewak depressingly. If only It was Wewak, I would have been taken care of by now. A day had gone by and my hope was running out. I could feel the last strength in my muscles leaving my body when I cough. It’s like I was coughing the life out of myself.

Pools of vomits were all over the vicinity of the room. The last time I felt the urge to vomit turns out to be thin air. I knew then that I had already vomited everything in my stomach. Hence, if I couldn’t get myself together, I might throw up strange stuff from within my stomach. Perhaps an organ. There were two or three footsteps passing by, but I couldn’t call out. I was too weak.

Besides, I didn’t want to waste my luck on strangers. I was saving my strength for someone I know but that was a stupid move. Who would have known me then? I was trusting my guts. I had a strong feeling someone will come to my aid.

Hours passed and I started hallucinating. I began seeing hilarious cartoons and some random stuff only a mad man could see. Someone who is not in his/her right state of mind. A psycho perhaps. I was on the verge of losing my conscious mind when I heard someone calling.

I’ve never forgotten the call till today. At first, I thought it’s just my sick state playing tricks with me but then the voice hit me so real that I pushed myself to sit up and crawled to the door.

Now there were three voices calling out, “Kellox! Oi! Kelvin Sogoromo!” and I could hear these voices getting closer and closer from the stairways up towards where I was. Though they haven’t located me yet, I could hear them asking occupants for me that far. My ears grew like an antenna clinging to their footsteps and voices.

I could hear one of them giving accurate descriptions of me three rooms away, asking the occupants if they could point them to the direction of someone with the description. However, none of them would have the slightest clue of my existence as I was deteriorating indoor ever since and have never once step foot outside the room.

I paid close attention to monitoring their footsteps and calculating their distance until I was sure they were outside my door that I gave a bang on the door and called out. With the last strength vested in my deteriorating self, I punch the door in front of me and called out, “Bata!”

One of them responded calling my name and it was the best sound in the entire world. It was like hearing your grade three class teacher calling out your name for the first prize award. It sounded music to my hears. It was a great relief.

I may have shared a tear or two. Perhaps not. I was dehydrating and running on an empty stomach. All the strength left in me was tossed for the punch on the door and the call out. I sat still for a while. Gained my breath and then slowly turned the doorknob and in front of me stood Joel Pamu of Kreer heights, Dearce Saun of Sepik Timbers and Semi Kumasan of Kreer Valley.

Joel, Dearce and Semi were second-year students at that time, and they were aware of my enrolment into the school. Thus, they were looking for me all this time. In fact, they were gathering all the year one Sepik students and welcoming them into the campus. Making them feel at home and so on. Especially the ones coming in from the province.

They learnt of my situation and in a few minutes, the school bus was parked in front of the dormitory with Semi already in the offside seat notifying us. They held me up and down to the bus as they rushed me up to the Modillion General Hospital. There I was tested and treated immediately for malaria. After 3 – 5 hours on the drip, I was discharged from the outpatient cube.

Outside waiting was the three boys Semi, Dearce and Joel with the company of a big brother from one of the slums of Madang urban, Jethro Kombuka. I, later,  become close friends with the boys who called my name during the first hours at DWU.

Up till today I still remember every detail of those moments vividly. It was my first encounter in a land unknown to me. The place that’ll later be home to me. Little did I know, I was already making friends and meeting families as days went by.

If you have stories like this, we want to hear from you. Here is how you can write for us – we pay you.